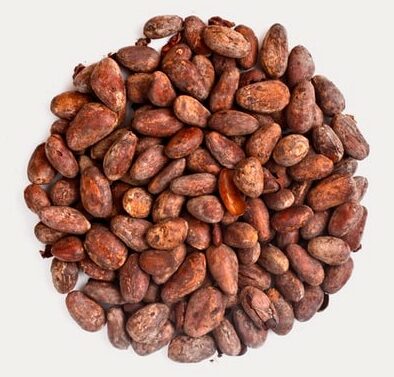 Here's the Difference, Their Nutritional, and Health Benefits

The difference between cacao and cocoa is not always straightforward to many folks.

When you read labels about cacao powder, cocoa powder, cacao nibs, cocoa nibs, etc, this can be confusing.

You might wonder, “What’s the difference between them?” “Are they just the same thing spelled differently? In different languages?” “If they’re different, which one is better, or even healthier?”

This article explains the difference between cacao and cocoa, together with their nutritional values, and health benefits, and helps you make better choices.

But first, it’s important to see the differences in terminology as used in the chocolate industry.

Industry Use of the Words

To some scholars, manufacturers, and labels, the words cacao and cocoa are the same thing. Just spelled differently and can be used interchangeably.

Meanwhile, in the United States, especially with the rise in vegan and natural diet, the difference between cacao and cocoa has widened. Cacao refers to raw materials, that is, the tree, its pod, and raw beans (or beans roasted at low temperatures). Cocoa is the product after roasting the bean, especially cocoa powder and cocoa butter.

That’s the difference adopted in this article. But to get an even clearer picture, you might want to know how cacao is processed.

Photo of cacao beans, both in pulp and dried

From the tree to chocolate or other cocoa products, the cacao bean undergoes several stages.

As some of the pulp’s acidity is lost and the temperature within the beans increases, bacteria grow and convert the alcohol into acetic acid. The combined effort of alcohol, heat, and acetic acid kills the beans’ embryos, releasing their polyphenols to breakdown by enzymes. This enzymatic activity begins the formation of the desirable chocolate flavor and reduction of bitterness in the beans.

Depending on the end product, the process now takes a unique turn.

Now that you know how the cacao bean is processed into its various end products, it’s time to get answers to another question many people ask.

Technically, yes. Roasting makes the difference between cacao and cocoa.

But remember that some manufacturers and recipes can use cacao and cocoa interchangeably. It is safer to look at the individual nutrient values on the product label.

The following table compares approximate values of important nutrients per 100g of various cacao/cocoa products culled from several recipes. Cacao/cocoa products are a rich source of many minerals and vitamins, like Vitamin D2 calcium, iron, magnesium, but only the most essential nutrients appear on product labels.

Note: Individual values when added up may be over 100g because Total Fat includes saturated fat and cholesterol, and Total Carbohydrate includes dietary fiber and sugars.

Which is Healthier: Cacao Powder or Cocoa Powder?

The roasting of cacao beans kills microbes that contaminated the bean during fermentation and drying. This means powder from unroasted beans, even though it contains more antioxidants and no added sugar, may not be safe.

Which of the powders is healthier for you depends on how it was processed, its individual nutrient values, and additives.

As a general rule, indulge these products moderately.

Health Benefits of Cacao and Cocoa

Cacao is rich in polyphenols, although the quantity in the finished product depends on the cacao specie and how the bean was processed. Cacao/cocoa also contain fats, proteins, caffeine, theobromine, plus minerals and vitamins.

They are a class of polyphenols in cacao with the highest number of health benefits.

However, different studies arrive at varying conclusions on the impact of flavanols’ positive effects. To get a significant effect demands consumption of large amounts of chocolate per day.

These psychoactive chemicals are present in small amounts in cacao and cocoa. However, the amounts of caffeine in different chocolate bars are lower than those you’d get from a cup of coffee or tea.

Cocoa powder, cocoa butter, and dark chocolate are good sources of Vitamin D2  and iron. They also contain calcium, magnesium, iron, folate, and other minerals. Their quantities vary from product to product.

Key Takeaway on the Cacao and Cocoa Difference

There’s no universally agreed use of the words cacao and cocoa. For many, cacao refers to the cacao tree, its pods, and raw beans, while cocoa refers to the products after roasting. Yet, to others, cocoa and cacao can refer to both the tree and all its products.

Different products have different nutrient composition. Therefore, it is important to pay attention to the number of calories, carbs, sugar, and fat content listed on the product labels.

CHOCOLATE CRISIS – Climate Change and Other Threats to the Future of Cacao by DALE WALTERS, UNIVERSITY OF FLORIDA PRESS, Gainesville 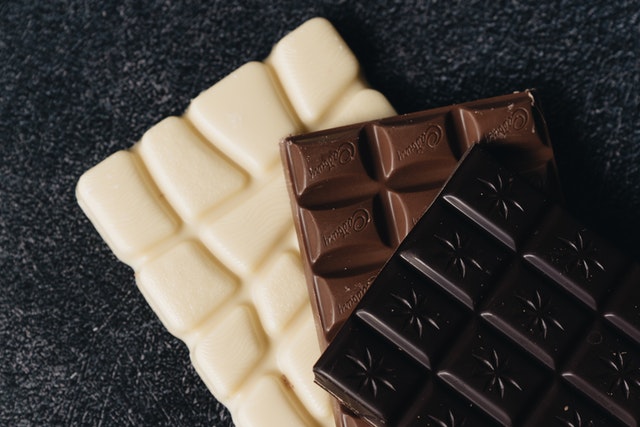 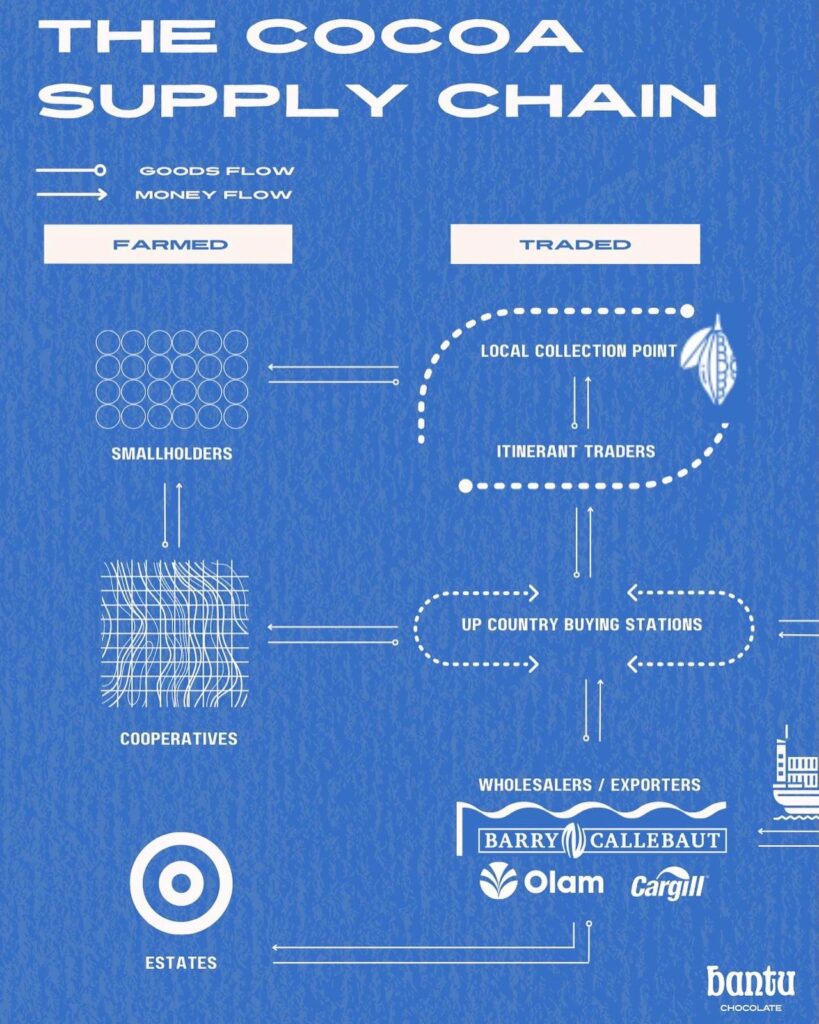 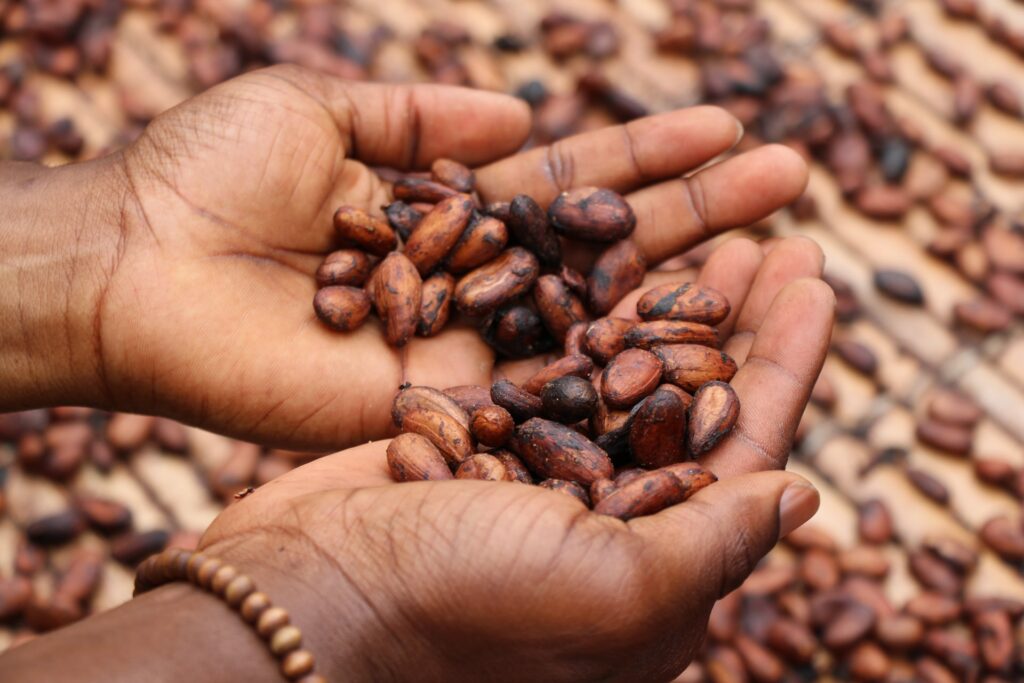 Trace how cacao came to West Africa, find out about the cash crop’s contribution to the economies and livelihood of the native peoples, and the impact of colonialism.